To understand the different applications for Riser and Plenum, you need to know the distinction between plenum and non-plenum spaces.

Plenum space is the cavity between the drop ceiling and structural ceiling. It is an area that facilitates air circulation for HVAC systems, where air flow is present. In the event of a disaster, once fire reaches the plenum space, the air flow above feeds the flames fresh oxygen. In these areas it requires specific types of cable that need to meet fire safety test standards, to reduce the further spread of fire. Often, there can be abandoned cable in the ceiling that can pose a higher threat in the case of a fire. Unlike Plenum, Non-Plenum air space is an area where no air-flow is present. This is seen for example in between drywall, where there is dead/non circulating airspace.

Plenum was created to reduce the spread of fire and emit less toxic smoke than non-plenum cable. This is crucial in return air locations where fire could spread to a large space in a short period of time. The coating or jacket is often manufactured with PVC or other flame-retardant material, designed to smolder as opposed to catch fire. With this being the case, plenum cable also performs better in higher temperatures.

Riser (Non-Plenum) are cheaper and are applied in space that do not interact with regular air circulation. Often these are used in closed spaces such as: dry wall, attics, conduit, etc.

It is very common to see cable run from one side of the building to the next. Often, these cables are passed through demising walls. A properly constructed demising wall needs to comply with fire codes. Most municipalities will require that fire walls and floors in buildings must be fire stopped to prevent the spread of flames and smoke throughout the building. Some examples may include putty, caulk, and wrap strips.

We are here to assist you with your wire and cable needs. 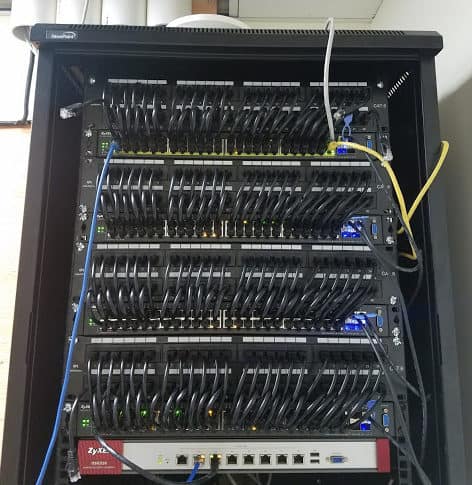